“The worst I ever had was good.” – Brother Dave Gardner 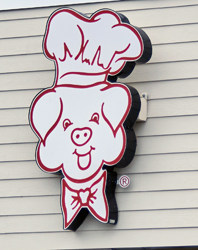 E. S. Murdoch opened his first The Pig restaurant back in 1955. The first location was on Kings Road in Jacksonville, Florida. Four generations later, his family still runs the business at five locations in and around Jacksonville. At first they served only barbecue – ribs, pork butt and chicken – plus the traditional beans [...] 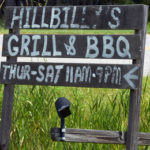 JESUP, Georgia (August 8, 2016) – It used to be that good barbecue joints were drive-ins with carhops or sit-down restaurants out on the highway.  The drive-ins were usually sandwiches only, while the sit-downs offered a whole loaf of white bread and a roll of paper towels on the table.  You were supposed to sloppily [...]