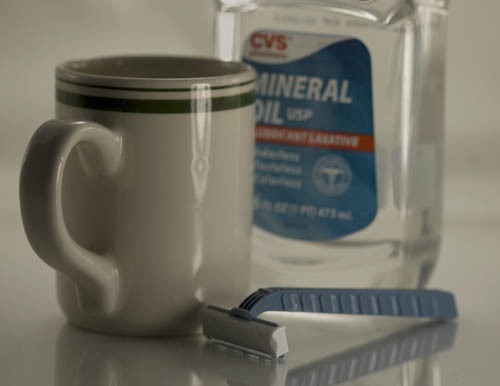 (April 27, 2009) – Back in February, I began an experiment.  A caller to The Clark Howard Show said that he had been able to use a cheap razor for months simply by drying it, then immersing it in mineral oil.

The idea is that humidity causes corrosion and destroys the sharpness of the blade.

I began with a cheap drugstore razor on February 1.  I’m happy to say that I’m still using that razor.